Various epidemiological studies have been conducted in the last fifteen years in the general population, still, many domains in the field of sleep epidemiology remain to be explored, in particular the repercussions of poor sleep on society

Since the 1960s, numerous laboratory studies conducted in sleep centers or clinics have identified both mechanicisms and disorders of sleep. The monitoring of patients in institutions or by their physicians has also provided valuable data. In comparison, we possess little data on the characteristics of sleep in the general population. 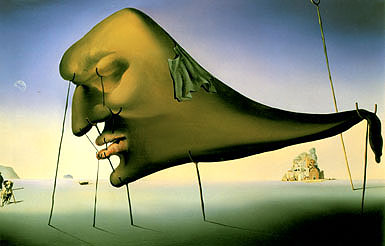 For our part, we were interested in finding out what effect, if any, sleep disorders and their therapies have on such parts of society as the work place, health care and public safety. The biggest consumers of hypnotics and tranquilizers are the elderly and we know that prescriptions for sleeping drugs are generally long term and their use fluctuates from one medical category to another. However, still, little is known about the consequences such as dependency, disorders of cognition and effects on memory and alertness.

An in-depth look at general population investigations of sleep disorders (especially insomnia) reveals many differences between them. Inconsistent methodologies translate into inconsistent and incomparable results between studies. Differences are seen in the types of questions and forms of questionnaires used to assess the presence and severity of sleep disorder symptoms and the impact symptoms have on daily functioning.

Finally, although some studies have suggested a connection between sleep disorders and an organic or psychiatric condition, studies with greater statistical power are greatly needed to confirm or reject such suspicions Moreover, most of the epidemiological data we have on sleep disorders have come to us from surveys which consider the problem of sleep within a larger spectrum of problems, and thus important questions about sleep disorders are lacking, resulting in an incomplete picture of the problem.

With the benefit of the experiences from those who had gone before us and after years of planning and adjustments, we set out on the task at hand: an epidemiological survey of sleep disorders from general populations around the globe.

Our plan of attack for this daunting task required several fundamental items:


Study on Spectrum of Narcolepsy

Various epidemiological studies have been conducted in the last fifteen years in the general population, still, many domains in the field of sleep epidemiology remain to be explored, in particular the repercussions of poor sleep on society

Is it normal to sleep so much, so little, to snore, to scream, to walk, to kick, to punch during sleep?

It is estimated that sleep disorders, sleep deprivation, and sleepiness added $16 billion to the U.S. national health care bill in the early 1990's