The first systematic description of these phenomena was made in 1846 by the French psychiatrist Baillarger, who called them psycho-sensory hallucinations. The term "hypnagogic", from hypno (sleep) and agogos (induced) was introduced by Maury in 1848, to designate the illusions heralding sleep.


The term "hypnopompic", from pompe (act of sending), was first used in 1918 by Myer to describe these phenomena occurring during the transition between sleep and awakening.

The prevalence of hypnagogic and hypnopompic hallucinations in the general population was not known before the Sleep-EVAL study. These perceptual phenomena, however, are frequent in narcolepsy, occurring in between 25 to 30% of narcoleptics (Broughton, 1982).

Yoss and Daly (1962) included these hallucinations in the "narcolepsy tetrad" on which they based the clinical diagnostic criteria of narcolepsy. These hallucinations have more recently been reported in disorders of excessive daytime sleepiness, and are often reported by subjects with sleep paralysis at sleep onset (Goode, 1962; Hishikawa, 1976). 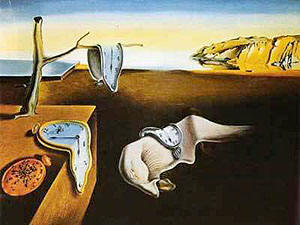 A representative sample of 4972 individuals, between the ages of 15 to 100, of the noninstitutionalized population of UK was interrogated by telephone (79.8% of those contacted). Interviews were performed by lay interviewers using the Sleep-EVAL System, a computerized system that guided the interviewer through the interview process.

Thirty-seven percent of the sample reported experiencing hypnagogic hallucinations and 12.5% reported hypnopompic hallucinations. Both type of hallucinations were significantly more common among subjects with symptoms of insomnia, excessive daytime sleepiness or mental disorders.

HOW FREQUENT ARE THESE HALLUCINATIONS?

Sleep drunkenness, or confusional arousal, is a sleep disorder characterized by periods of mental confusion occurring upon wakening at night or in the morning

The violent behavior during sleep can be directed to self or individuals, or objects or property, but is always unintentional

Epidemiological data on the incidence of nightmares in adults or in subjects with psychological difficulties is scarce, yet this information would be of great interest